Watch this video to learn more about how pre-owned licenses at Softtrader work! 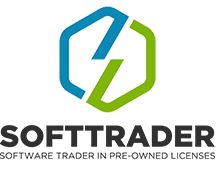 Our mission at Softtrader is to offer our customers reliable and affordable licenses. We can achieve this by selling auditproof pre-owned software licenses. These are up to 70% cheaper than new licenses but contain the exact same features!

Softtrader was founded in 2013 after the verdict of the European Court of Justice (03.07.2012) was issued. According to the official decision, the sale of pre-owned software licenses within the European Union is legal. More on the verdict, you can read here. Ever since, the company has been growing. Nowadays, Softtrader is active in 16 European countries. Our team consists of 13 ambitious and customer-oriented employees (see below). Our office is in the centre of Nijmegen, the Netherlands.

Helping organisations save money when purchasing software licences is what I am committed to every day!

Next to buying software and preparing orders,

I love solving the little things in this young and inquisitive team!

Enthusiastic and freshly graduated. Started at Softtrader in 2019 as an intern and I am now helping all Account Managers

get the best out of themselves.

Yoana Encheva - Marketing Manager
Since August 2022 I am taking care of Softtrader’s Marketing and social media. In other words I am allowed to post memes from the corporate account. Go check it out.

I’m a Junior Marketeer at Softtrader.  I love writing content and working on our website! Feedback? Let me know!

I am a marketing intern who is working for Softtrader for 5 months. I study marketing at Avans Hogeschool in 's Hertogenbosch.

I am an intern, for both sales and marketing. I study entrepeneurship at the HAN in Nijmegen.

I am the account manager for Portugal and Europe, originally I am from Brazil. After living in Portugal, I now live in the Netherlands.

Dimo Diakov - Account Manager
With my background in tech and my solution oriented attitude, I find a feeling of reward in helping businesses find the best answer to their software needs.

Andreea Alexandra Antohi -Account Manager
Next to my study, I work for Softtrader. What I do here, is that I am an account manager for Italy.

Mario Ruiz Gonzalez - Account Manager
I am an account manager, for Spain, working at Softtrader for almost two years. I studied PC programming in Spain!

For over a year now, I’m an account manager for the French Market at Sofftrader. My belief in a long term success is “make a customer, not a sale”. 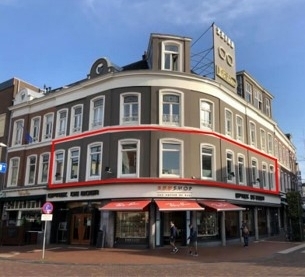 Our HQ is based in Nijmegen, the Netherlands:

Softtrader is devoted entirely to the trade of pre-owned Microsoft software licenses. On the one hand, the purchase of pre-owned licenses allows the identical use of the purchased product as if it was a new product. On the other hand, such an investment allows you to save up to 70% on the new price. For organizations with 5 or more PCs, second-hand licenses are particularly interesting. To learn more about these pre-owned software licenses, click here.

Whether it’s new desktops or expanding your business, with these licenses, you respect software compliance and get all the updates. 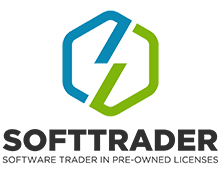 We will answer your questions within 24 hours and your request for quote will be processed as fast as possible. Thus, please don’t hesitate to contact us for more information. We’ll be happy to help.
Request a quote
Edit page Dashboard Settings Website Design Page cached on Sun. 29 Jan 19:26
Renew cache